Country’s first Sakura Park to be developed in HCM City

Country’s first Sakura Park to be developed in HCM City

Phu My Hung Development Corporation has unveiled a new complex called Phu My Hung Midtown, for which the corporation is collaborating for the first time with foreign companies.

Without disclosing the investment involved, the developers said merely that the project is the most expensive in the recent years in the south of the city.

A view of the Phu My Hung Midtown Project

It will be part of Phu My Hung’s new project named Midtown, which the company will jointly develop with three Japanese companies. Designed by Landsculptor Company of Thailand, the park seeks to be a unique feature of Phu My Hung Midtown.

Mr. Truong Quoc Hung, vice president of Phu My Hung Development Corporation, said the company wants to encourage people to change their perception about living in a place with full service and all amenities.

The Sakura Park will be designed in an amalgam of iconic Vietnamese and Japanese styles, he said, explaining that the park is inspired by Japan’s famous sakura flowers as well as traditional Vietnamese cultural features.

When complete, the park will be a place where residents of Midtown and Phu My Hung City Centre’s South District can relax. The park will have amusement places for people of all ages: like a play yard for children, a sculpture garden, a fountain, quiet places for people who love reading, a place for couples to take photos, small hills for families to picnic, a sport yard. There will also be many facilities for people with disabilities. 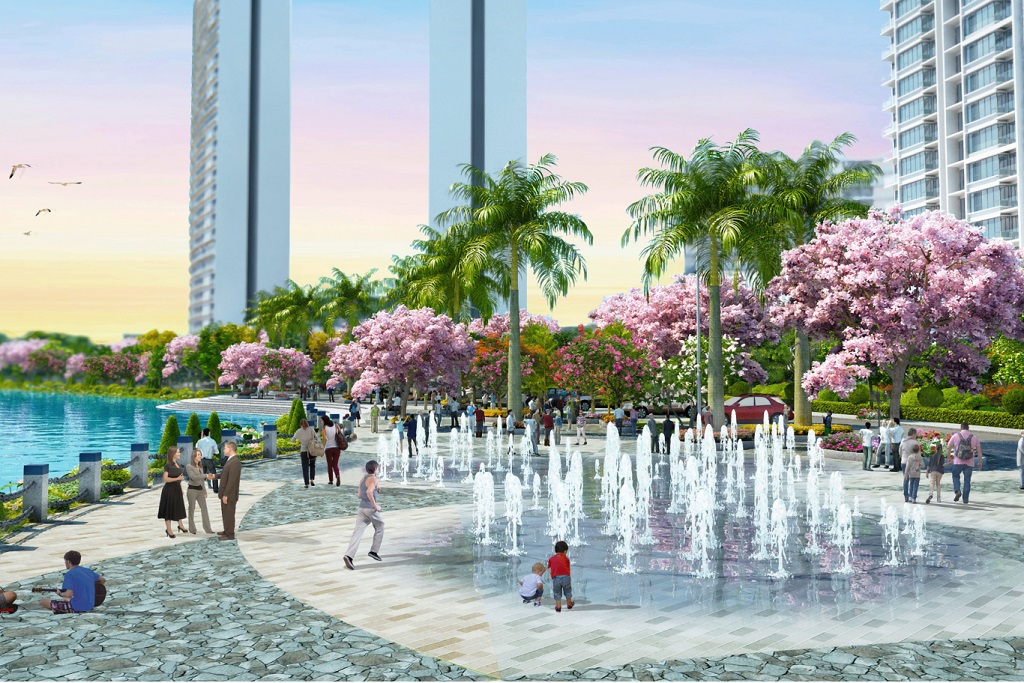 Sakura Park is the first park of its kind in Viet Nam. When being complete in 2019, it will become a new destination of HCM City people.

The country’s first such park will be developed on an area of over 11,700sq.m, of which nearly 55 per cent will be used for construction and the rest for greenery.

There will be two walking streets here, including one along the river where people can enjoy the natural outdoor. Parallel to that will be one called Sakura Street on which a row of sakura trees will be planted. It is hoped therefore it will become the most romantic place in the Sakura Park..

The Sakura Park will be divided into three areas: a main square, kids’ playing yard and sports area. The main square will be called Sakura Plaza and its works will be designed based on the shape of the sakura flower. A fountain will be designed with nozzles at different heights to create streams of water in the shape of a sakura flower. Next to the fountain will be a structure in the shape of an 8m sakura petal that can rotate in the wind. At night, with coloured lights, these will be more romantic and beautiful. On the right of the plaza will be a place to organise events. The kids’ playing yard will account for a third of the park. It will have three sections meant for children of different ages to play and make friends.

The kids’ playing yard will become ideal destination at the weekend.

The first is for kids aged one to three and the second for those aged four to 13, while the last is a playing area with sand. There will be two strips of lawn where residents can have picnics or do yoga while keeping an eye on their children playing in the yards. The kids’ playing yard will be an ideal destination for the weekend because it will be a green area with many trees. Furthermore, the developer plans to build a parking area so that people from other places in HCM City too can bring their children here without worrying about parking their vehicles.

Sakura Park will be an open facility that anyone can use though Midtown’s residents will be its main beneficiaries. There will be a private path connecting the project and the park. 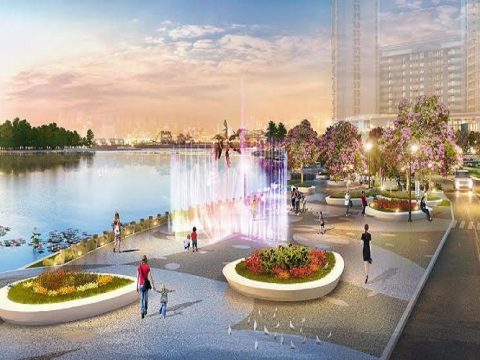 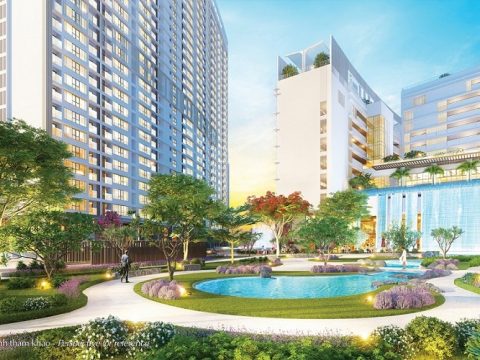 THE PEAK Midtown – The pinnacle of refined living, the symbol of top-notch luxury